As most of you will know we put on a display at the Frome Agricultural and Cheese show with the intention of displaying mainly trees which are fairly easy to find not too costly and require not much intense training to develop into bonsai.

You will notice Larches, Cotoneaster, Potentilla and even a tiny leaf and flower Fuschia on the stand, the Fuschia we could have sold ten times over ( thanks Derek) .

We thought the show well attended and with lots of people coming through the marquee many of which showed lots of interest.

What worked well was Derek had a stand next to us with his other clubs display of cacti and succulents which we thought complimented both stands and as you will see was a very professional display.

We did win the the cup for our display so a thanks to Clive H and Sally loan of trees and for helping on the stand and to Sandra and Derek and Amelia for loan of trees. 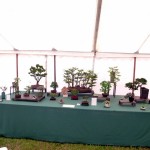 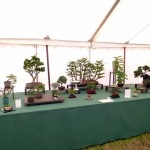 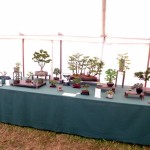 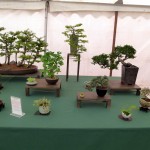 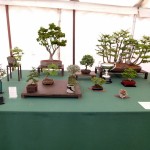 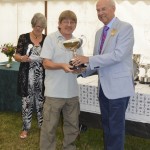 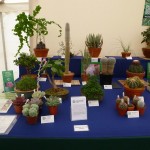 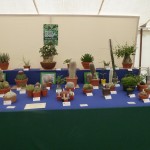 Derek,s display of Cacti and Succulents