The March meeting was scheduled for a talk by Terry Adams from the Swindon club on tree refinement, unfortunately Terry could not make the meeting so we had to switch to a general workshop.

You will have seen that we had been on the Lodders trip in February and had spoken to the club members previously about looking for a club project.

Whilst looking round at Lodders we found some small Zelkovas in the heated greenhouse that were starting to leaf up, they were very reasonable on price and more importantly if you looked through them they had some interesting shapes.

We gave Sandra the task of selecting 25 trees which had potential to bring back with us, sounds simple but when you have two very long benches of trees possibly in the hundreds not easy, at least both us Clives had chance to creep off to study ? more trees.

So at the March meeting we brought the trees in each person paid for a raffle ticket, we then picked out randomly a ticket from the box put it against one of the trees and when all tickets were drawn members could then come up to the table to see what they had won.

I did warn them any critisism of the trees they would have to speak to Sandra as she hand picked them, I didnt hear many comments dont know why!

The plan is to bring them back mid summer this year to see how each person has got on, and then next year bring them in again mid summer which should allow people to repot/style their tree and then hold a competition to judge the best trees. 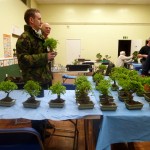 I have also added some pics of our North Bradley meeting. 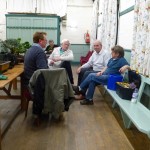 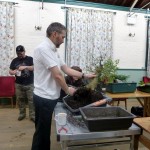 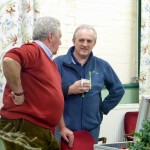 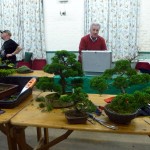 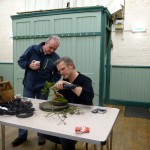 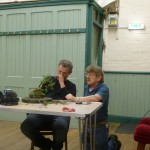